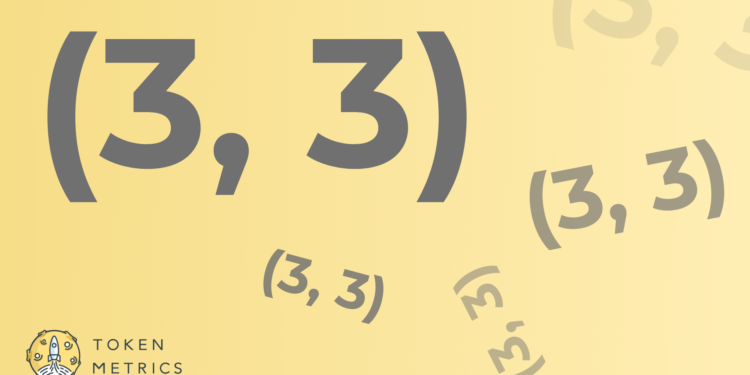 If you’ve seen Twitter handles ending in “(3, 3)” and wondering what that’s all about, you’re not alone. We’re going to unpack this (rather technical) in-joke so that you can get in on understanding it as well.

Getting to the bottom of the (3, 3) meme all starts with a discussion of a crypto project called OlympusDAO and its associated token, OHM. It happens that OHM will be featured in the upcoming edition of our Altcoin Quarterly report, so you can learn much more about it there.

Until then, the broad strokes go as follows: OlympusDAO’s mission is to create a stable cryptocurrency that can replace or reduce the need for stablecoins pegged to centralized currencies. OHM tokens are backed by a basket of goods and assets in the OlympusDAO treasury (like DAI or FRAX, for example), giving them an intrinsic value that they cannot fall below.

At the same time, OlympusDAO has introduced some game theory that underpins its community operations, and the (3, 3) notation first appeared in reference to this game theory. The OlympusDAO paradigm is a bit like a game between two “players” with a total of three possible actions: they may either stake, bond, or sell. People stake OHM when they anticipate an expansion in supply or price. They sell when they expect supply or price to drop. And they bond when they do not have a strong directional bias either way.

Consider the following table, which we’ll unpack below.

Selling is considered a net-negative within this game model — it puts downward pressure on OHM price. Bonding is considered to be net-positive in that it provides assets for the Olympus treasury, but it doesn’t actually generate buying pressure that increases the value of OHM.

Staking is considered to be the most beneficial action for all Olympus network participants to take — it helps to increase the value of OHM by causing positive buy pressure from the initial purchase of tokens, and it furthermore increases OHM scarcity by locking up more of the supply.

See anything familiar in that table above? Perhaps where the two “stake” headings line up? This (3, 3) notation is game theory shorthand for a maximum positive outcome between participants in OlympusDAO. If everyone stakes OHM, then the value of OHM will climb.

So tacking (3, 3) onto the end of a Twitter handle is a bit of a rallying cry that says something like, “I stake OHM and you should too!” It telegraphs that this person has OHM exposure and wants to see its value climb, so it can be understood as subtle encouragement that you should stake OHM as well.

If you’re still curious about OHM and its staking functionality, check out OlympusDAO’s technical help document on that right here. But to bring everything together, the (3, 3) meme is a reference to encourage OHM enthusiasts to stake their holdings and ensure a maximum positive outcome for everyone. 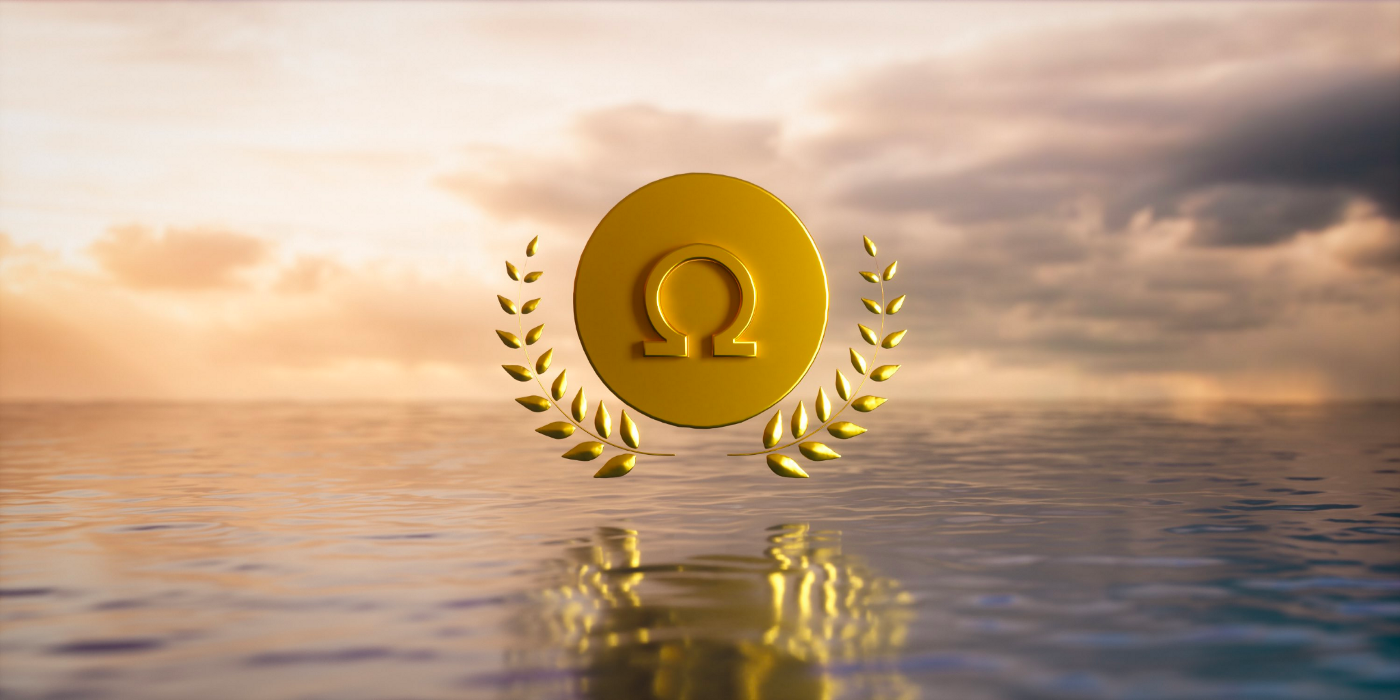 What Evergrande Means For Crypto