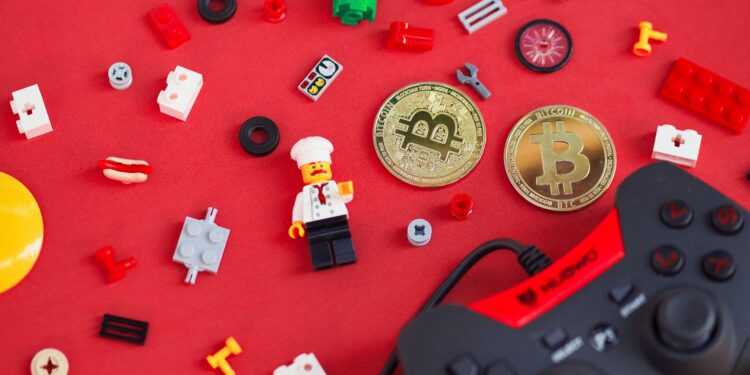 We all know crypto works as a kind of alternative uncensorable financial system, in which users transact with each other without any third parties involved. But there’s a rapidly growing sector within crypto that you should know about: gaming!

That’s right — the same technology that drives cryptocurrencies like Bitcoin and Ethereum can be applied to the world of video games. As blockchains are very useful for proving ownership of a digital asset, this means a number of game creators are adopting the technology as a means to change players’ relationships with their in-game items.

If you kill a monster in a video game and he drops a sword and 100 gold coins, for example, crypto-enabled gaming unlocks a paradigm in which that sword and money are provably yours. You might furthermore sell that sword to another player in exchange for in-game currency, then use the gains to buy better gear for your character.

Cryptocurrency methodology is already making waves in the real-world economy, so it should come as no surprise that a number of crypto games are springing up with their own consequential economies. Let’s talk about some of the best crypto games below.

As a horse racing game with a retro Tron-style graphical vibe, Zed Run is effectively bringing the experience of the Kentucky Derby to the blockchain.

Players buy NFT horses and race them against other players, making bets on the outcome as they see fit. They can also collect breeding fees by creating new horses (minting fresh NFTs) for other players to race as well. It’s an impressive analog to actual horse racing — if you do well here, there’s real money to be made.

Zed Run has some impressive backing from Atari and is likely to become a major crypto game of consequence. You can learn more about racing horses on the blockchain by clicking here.

Created by Vietnamese software studio Sky Mavis, Axie Infinity has earned the distinction of being one of the most expensive NFT collections out there after it generated $2 billion in sales. So what exactly did all these customers buy?

They bought Axies, of course! These are NFTs that represent Axie Infinity’s cute in-game creatures — they can battle each other, build things, or search for treasure within the game’s universe. The game’s mechanics are reminiscent of Pokemon, in which monsters battle each other and upgrade their skills. The difference here is that these monsters have monetary value.

Axie Infinity has noteworthy backing from the established game studio Ubisoft, tech giant Samsung, and crypto rainmakers like Binance and Aave. You can learn more about the game right here.

What if Magic: The Gathering was a blockchain-based NFT card game? While that’s not exactly what’s going on with Gods Unchained, it’s a useful analogy for understanding what’s going on here.

Let’s start with the people responsible for bringing it to life: this game comes to us from ex-Google and Riot Games engineers, is funded by the largest gaming investor in the world, and is led by the former game director of Magic: The Gathering Arena. Simply put, this blockchain-based game is made by people who’ve created some of the most popular games in the modern era.

And just like with Magic: The Gathering, players in the world of Gods Unchained have true ownership over the cards that constitute their decks — they have the freedom to trade, sell, and use their cards any way they like, just as if they were true cardboard.

You can learn more about the game right here.

Illuvium purports to be the first triple-A game built on a blockchain network. In practical terms, it is a fantasy battle game that takes place in an open world environment with RPG-style gaming mechanics. Players hunt and capture creatures called Illuvials, and each Illuvial’s ownership is of course tracked on a blockchain.

There are more than 100 creatures up for grabs in the game, each one of varying rarity, powers, and attributes. The creatures can be combined to create new Illuvials — it kinda seems a bit like Pokemon, except there’s a proper in-game economy. Gamers earn ILV tokens through the course of their play and become part of the game’s community through token ownership.

The Sandbox is an Ethereum-based metaverse and gaming ecosystem where users create, share, and monetize their games and assets. It’s not a conventional game in and of itself, but a figurative toolbox for building immersive worlds to share with others.

Creators can design, share, and sell in-world assets. “VoxEdit” lets users to create and animate 3-D objects within the metaverse, like people, animals, or tools. The Sandbox Marketplace is a blockchain-based storefront in which users can publish and sell their assets after uploading them to the so-called InterPlanetary File System (commonly shortened to IPFS). And The Sandbox Game Maker lets users create 3D games for free.

Blockchain and cryptocurrency methodologies are already making a dent in the way the conventional banking and financial system has operated. It only stands to reason that the gaming industry — which is much, much smaller by comparison — should stand to benefit from these new technologies.