The Best Crypto Staking Projects of 2021 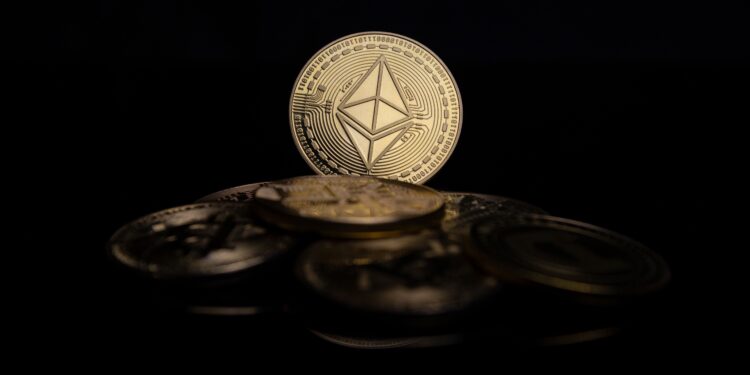 With your help, we have put together a guide to the Top 3 Crypto Staking Projects of 2021, as voted upon by you.

What is a Staking Project?

A Proof-of-Work algorithm does come with problems though primarily in the form of heavy usage of resources to mine and reach consensus. These issues are where Proof-of-Stake, or staking, comes in as it is a method that avoids the problems that plagued the Proof-of-Work system.

There are two other significant differences between Proof-of-Work and Proof-of-Stake algorithms. The first variance comes in the creation of cryptocurrencies and rewards for staking participants.

The second difference between Proof-of-Work and staking is that Proof-of-Stake blocks are forged rather than mined.

The users can participate in the forging process of a Proof-of-Stake blockchain by locking a set amount of coins as their stake. The stake’s size determines if an individual node will be selected to validate and forge the next block. Participants with a more significant stake have a greater chance of becoming the next validators of a block and receive a reward.

“Synthetix is a huge step forward for the larger crypto space because it enables users synthetically tokenize and trade virtually any asset, even if they are not native to the Ethereum network, such as gold, silver, equities, and foreign currencies” – Forrest Przbysz, Head of Research, Token Metrics

Synthetix Network operates as a decentralized synthetic asset issuance protocol on top of Ethereum. Essentially, the Synthetix platform allows the creation of on-chain synthetic assets that track the value of assets in the real world.

Some of the assets supported by the platform include things such as synthetic fiat currencies, synthetic commodities like gold, and even complex assets like equity indices.

This DeFi project aims to solve liquidity and slippage issues common for tokens trading on DEXes. Holders of SNX token stake the coin to get paid a portion of the fees generated from the exchange activity.

Staking with Synthetix Network has become wildly popular with the surge of usage in the project. When staking SNX, you receive two kinds of rewards: sUSD fees generated on the Synthetix Exchange and SNX inflationary rewards.

These rewards must be manually claimed once a week, or they will be returned to the pool and redistributed to other stakers. It is important to note that stakers need to ensure that their collateralization ratio is 500% or above. If it is below, you can either add more SNX to your wallet or burn sUSD to help reduce supply. The ratio fluctuates depending on community governance.

“Polygon is one of Token Metrics’ favorite projects as they won our pitch competition back in 2018. I worked very closely with Sandeep, a co-founder, to review the project. He wanted to do anything in his power to make Polygon #1 on our spreadsheet. It was during these talks with him where I could tell this team will not settle for #2.” – Sam Monac, Chief Culture Officer, Token Metrics

Arriving in 2nd place in the staking project vote after being narrowly edged out by Synthetix Network is Polygon. Previously known as Matic Network and launched in April of 2019, Polygon has exploded in popularity and has risen from a low-cap project to a top 20 market cap project.

Polygon has made a name for itself with promises of delivering a more direct interaction between users and decentralized financial applications/ecosystems. Polygon’s central focus is on reducing the complexity of these actions and describes itself as a Layer 2 scaling solution.

By being a self-described Layer 2 scaling solution, Polygon does not seek to upgrade the existing blockchain layer, which would add further complexity. Currently, Polygon is the most popular Layer-2 scaling solution on Ethereum.

To deliver on these promises, Polygon implements a customized iteration of the Plasma framework that allows for the smoother execution of scalable smart contracts. Polygon also utilizes a decentralized network of Proof-Of-Stake validators and sidechains for off-chain computation.

Polygon shares a few similarities with Ethereum as, like Ethereum, it aims to be the de-facto platform for developers to deploy and securely run decentralized applications. These similarities result in one of the critical features of the Polygon network.

The architecture of Polygon is fully compatible with the Ethereum ecosystem. This compatibility means that any Ethereum application can transfer to Polygon’s network with almost no significant changes.

Another similarity to Ethereum is that the Polygon token (MATIC) has two primary uses. The first is its use as a currency to pay for the transaction fees within the network.  The second is for staking.

MATIC staking rewards range from 520% per year to 5.2% per year depending on the total amount of MATIC staked. The reward currently sits at around 19% per year.

“Cosmos is a proof of stake ecosystem of blockchains. This vision is achieved through a set of open-source tools like Tendermint, the Cosmos SDK, and IBC designed to let people build custom, secure, scalable, and interoperable blockchain applications quickly. Blockchains that use any fast-finality consensus algorithms can connect with Cosmos by adapting IBC. For example, suppose Ethereum were to switch to Casper FFG (Friendly Finality Gadget). In that case, a direct connection could be established between it and the Cosmos Ecosystem by adapting IBC to work with Casper.” – Diego Lara, Partner, Token Metrics Ventures

Arriving in 3rd place with just under 15% of the total is the staking project Cosmos. Launched in 2017, the Cosmos ICO raised a little more than $17 million. Currently, Cosmos is in the top 30 by market cap in the crypto space.

Before Cosmos, blockchains were siloed and unable to communicate with each other. These previous blockchains were hard to build and could handle a small number of transactions per second. Cosmos solves these problems with its new and more technical network.

Cosmos’s end goal is to build the Internet of Blockchains, a network of blockchains able to communicate in a decentralized manner. Binance chain is currently the most significant project leveraging Cosmos’s blockchain.

One of the reasons that Cosmos is so famous is that the staking rewards for the token are very generous. At the time of this article, the staking reward for Cosmos is 9.25% but can go as high as 20% if the proportion of ATOM staked falls below two-thirds of the total supply.

With Cosmos, staking is as easy as holding ATOM in a supported wallet and then choosing a validator to delegate to.

“People need to watch XTZ because that project could be a dark horse to be the test net for the digital Euro” – William Noble, Chief Technical Analyst, Token Metrics

After being narrowly edged by Cosmos, the staking project Tezos is more than worthy of an honorable mention. Developed by ex-Morgan Stanley analyst Arthur Breitman, Tezos launched in 2018 and was one of the largest ICOs of the cryptocurrency boom.

Tezos serves as a multi-purpose platform that supports both dApps and smart contracts. The project aims to combine a self-correcting protocol and on-chain governance to manage network modifications.

The XTZ token powers the Tezos network and is created through the “baking” process. which is the same as the forging process in Proof-of-Stake algorithms. Bakers put up deposits and receive rewards for signing and publishing blocks. Witnesses are then used to validate the blocks, and if a baker is dishonest, they lose their XTZ deposits.

What makes Tezos different from many other crypto projects is that it does not use any other blockchain’s codebase. Tezos was instead created using the OCaml programming language. This programming offers “functional, imperative, and object-oriented styles.”

The Proof-of-Stake consensus used by Tezos is also unique as it implements Liquid Proof of Stake (LPoS), which supports Turing complete smart contracts.

Tezos offers passive income through staking for both their bakers and delegators, each with their own rates. At the time of this article, bakers are rewarded with 6.19%, while delegators earn 5.56%.

The Best Crypto Books and Podcasts of 2021