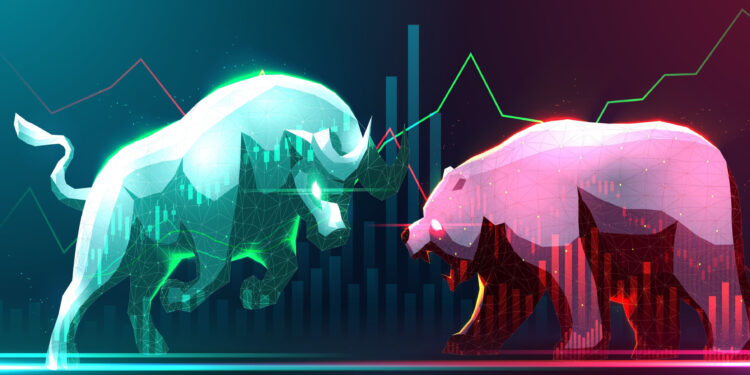 A Pi-Cycle bottom has appeared on the chart of the Greyscale bitcoin trust. This chart signal may be a very bullish development. Buying weakness created by fear of inflation and recession may make sense.

Looking at the Greyscale Ethereum Trust (ETHE), the change in seasons has frequently brought about a change in market direction. Specifically, whatever ETHE does heading into the Solstice or Equinox dates, ETHE turns and goes the opposite direction in the next season. Let’s use 2022 as an example. ETHE topped on the spring equinox (3/20/22) and bottomed shortly after the summer solstice (6/20/22). This chart pattern could mean a sharp rally could unfold into the fall equinox on (9/22/22). Gann’s work hits that the top of the next move could be the last days of September. Looking at the ETH chart, it seems possible for ETHE to rally from $11 to $38 by the end of September.

In Total Crypto Marketcap (TOTAL), the print at $749 billion could be the lasting bottom. The Pi-Cycle bottom on the monthly chart is similar to the one seen in 2018. The bottom should last at least two months. We are thinking August will see crypto trade in a range. Right now, September may be a constructive month.

Altcoin market cap (TOTAL3) found support on top of the old 2017 high. The level is $350 billion. July is also a Pi-cycle bottom for altcoins. This chart structure may mean coins like Avalanche, XRP, and Cardano could rally sharply in September.

Speaking of Cardano, ADA is touching a major Fibonacci circle structure. Previous touches of these lines in July and November of 2021 and April of 2022 have led to dramatic moves. The latest touch could lead to a sharp-up move.

Bitcoin miner Hut 8 (HUT) looks interesting. August shows up as a Pi-cycle bottom. This structure could imply a colossal catch-up rally in bitcoin is coming in September.

Avalanche (AVAX) is approaching a major technical point near $23. This level intersects the 60-day exponential moving average and an important Fibonacci circle point. AVAX could start to rally well before September. The estimated take-off date could be August 7. The last time AVAX hit a line from this Fib circle structure (yellow line) was the top at $100. AVAX has moved up on its own, and history could repeat – particularly after the Solana hack.

Crypto may go up after the payroll number (8/5) and the inflation number (8/10). After 8/10, it may be wise to buy on dips, even if they are nasty. The Fed will do a massive rate hike in September. Their next move will be after the U.S. election in November at the earliest.

How to Make Money as a Token Metrics Affiliate