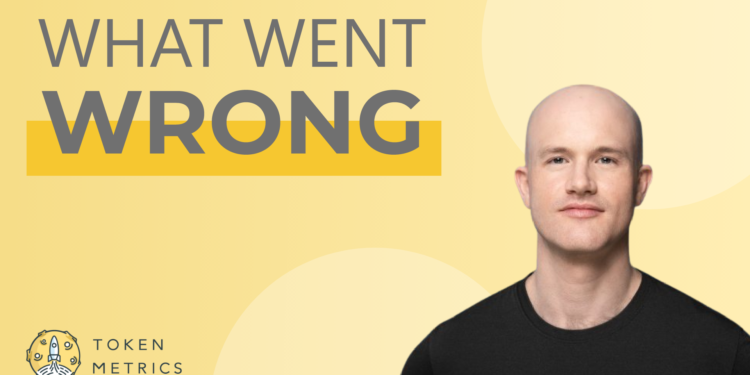 Ever since the company filed for IPO on April 14, 2021, Coinbase has been making significant waves within the cryptocurrency industry. Most recently, it announced the inauguration of its crypto lending program, which is called “Coinbase Lend.” The value-proposition of Coinbase Lend is essentially that the company would pay customers interest for lending their crypto holdings. In the status quo, the platform would allow customers holding a stablecoin called “USD Coin” to earn interest by lending it to other traders. Eventually, however, Coinbase had plans to eventually expand the program to ensure representation for other cryptocurrencies as well.

The issue that Coinbase ran into here was that immediately after it announced the launch of the program, the SEC stepped in and started to put Coinbase under review under the guise that Coinbase Lend had not been registered as a security. Personally, I find that the SEC, instead of intervening with the cryptocurrency industry in a positive manner, tends to consistently make an appearance through the backdoor via the Howey Securities Test. Each time there is potential for innovation with the crypto industry, the SEC aims to stifle it by attempting to classify it as a security. It would be to the SEC’s benefit to accept that the entire reason as to why cryptocurrencies are unable to be classified as securities is because they are not one. According to Professor Rohan Grey of the Willamette University College of Law, “some assets that look like investments may not be subject to SEC oversight if they are covered by another regulatory regime, such as banking regulation.” Here, Grey raises an important point that regulation is necessary to govern SEC oversight in a consistent manner, but where he falls short is that he does not mention that having cryptocurrency-specific regulation is what is necessary. Without this, the SEC will continue to abuse its power and privilege by trying to pigeonhole the next revolution in technology into vague, unspecified terms of legal language that were created decades ago.

What is Value Investing in Crypto?