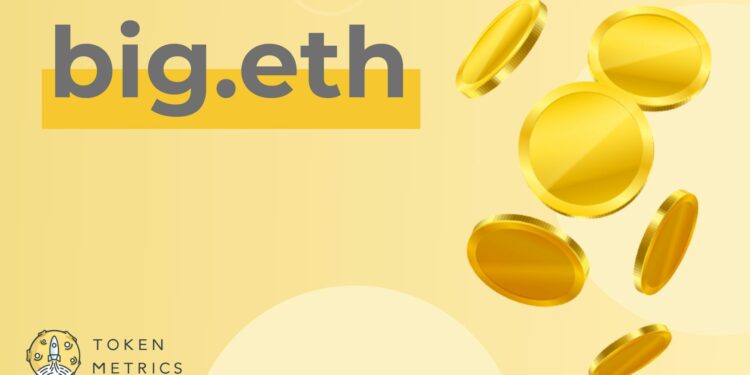 The popular protocol Ethereum Name Service airdropped governance tokens for its DAO beginning at 7 PM EST on November, 8. Ethereum Name Service is a protocol that allows users to purchase NFTs representing ethereum addresses or web domains. These addresses function like a P.O. Box, PayPal username, and web domain rolled into one. 25% of the ENS token supply was airdropped to wallets in possession of one or more .eth addresses. According to Coingecko, the ENS token went as high as $83 on the 11th, which is more than 2x from the initial trading price of under $40. At $83, ENS had a total market cap of over $1.4 billion and a fully diluted cap of over $8 billion.

This valuation appears high considering the novelty of the token, but the importance of a naming convention within blockchains makes the valuation appear far more reasonable. Internet domain service GoDaddy has a market of nearly $12 billion. The internet of the 1980s required users to enter I.P. addresses that could be up to 15 characters. Early internet pioneers understood the extent to which this limited the accessibility of the internet and by the time the world wide web was available to the public, I.P. addresses were replaced by the domain names we see today.

The ability to easily transact by sending funds to an address like “vitalik.eth” instead of copying a 42 character number does volumes for the Ethereum blockchain’s usability. Ethereum Name Service is currently supplying over 400,000 names to more than 150,000 creators. With over 1.6 billion websites on the internet as of 2018, the potential of Ethereum Name Service appears to be limitless. As more users switch from traditional IP addresses to the IPFS internet, the demand for domains will continue to increase.

According to Dune Analytics, about 54% of eligible addresses have collected their ENS airdrop. 57% of the 25 million tokens airdropped have been claimed thus far. For some early Ethereum Name Service users, this meant five and six-figure returns if they sold the top. With this airdrop, ENS joined dYdX as one of the largest token airdrops of the year.

Ethereum isn’t the only blockchain working on naming services, Solana and Polkadot both have protocols providing DNS services. The necessity and success of the Ethereum Naming Service surely motivated these protocols to build similar services on their native blockchains. Naming services will be a major aid in increasing blockchain adoption and usability. Bringing us one step closer to a world powered by blockchains.