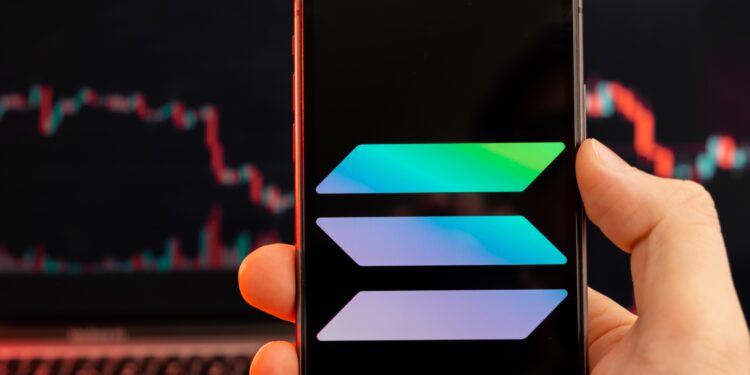 Looking at the big picture in BTC, I see the following. A clear B-wave of an A-B-C correction ended at the neckline of the Head and Shoulders top near 47k. 47k was also the 38% retracement of the November down move. If there is a decline below 41.5, the C-wave could start down. The alternative read is that BTC could move to the 62% retracement of the recent big down move. That level is 55k.

There is also a key chart in Total Crypto Market Cap Excluding Bitcoin (TOTAL2). TOTAL2 made a new high, and stochastics made a lower high. The negative stochastics situation in TOTAL2 underscores that the area between 3100 and 3180 in ETH has to act as support, or the market may be in for another ﬂush. We hope that $1.1 trillion acts as support ahead of the inﬂation number.

Bottom Line: Don’t get caught long if BTC takes out 41.5k. If BTC is below 41.5k, BTC can obviously take TOTAL2 down. If a horrible inﬂation number is priced into the crypto, there is a chance BTC takes out 47k and invalidates the head and shoulders top. This week, NFT marketplace OpenSea ventured outside the Ethereum NFT ecosystem for the ﬁrst time, opening its Solana marketplace beta to users. The industry-leading marketplace invited users to enjoy the “low gas and fast transaction speeds” of the Solana network.

Solana is the second-largest NFT ecosystem behind Ethereum. The beta allows users to buy and sell 165 collections using the SOL token. Magic Eden is the largest NFT marketplace on Solana, processing over $40 million in transactions in the past 30 days.

While Magic Eden is the sixth biggest NFT marketplace across all chains, it is dwarfed by OpenSea, whose platform saw $2.6 billion in trading volume in the 30 days before writing. Solana maximalists are left wondering what will happen to Magic Eden now that OpenSea is after their market.

The NFT market is relatively illiquid, making sales hard to come by. Part of the reason for OpenSea’s market domination is because this is where the most liquidity lies. NFT owners sell their holdings on OpenSea because they know that is where most buyers are.

OpenSea boasts one strategic advantage over Magic Eden. Users can keep their NFTs in their wallets while they’re listed and don’t leave the wallet until sold. Magic Eden recently announced that in addition to accepting SOL tokens, it would take other Solana tokens like the in-game tokens for Aurory and DeGods.

Bottom Line: OpenSea executed on the rumors ﬁrst teased in January that they would be integrating Solana. Many expect this to expand the popularity of Solana NFTs in the Ethereum community. It remains to be seen how this development will impact the success of Magic Eden.

This past Wednesday, pro-crypto US Senator Patrick Toomey (R-Pa.), introduced a bill to regulate stablecoins and their issuers. The “Stablecoin Transparency of Reserves and Uniform Safe Transactions Act of 2022,” or Stablecoin TRUST Act for short, aims to clarify “payment stablecoins” and protect investors.

The bill describes the payment stablecoins as being “convertible directly to fiat currency by the issuer” and having “stable value relative to a ﬁat currency or currencies.” Toomey made it clear that stablecoins would not be treated as securities.

Toomey’s legislation proposed that stablecoin issuers be licensed by the Oﬃce of the Comptroller of the Currency (OCC). These stablecoin issuers could be national trust banks or state-chartered trusts. The legislation requires issuers to back their stablecoin reserves with cash or cash equivalents that are highly liquid and high-quality denominated in US Dollars. The issuers have to publicly disclose their holdings and should expect audits by the OCC and Federal Reserve.

Bottom Line: Toomey is pro-crypto and that became obvious by his attempt to classify stable coins as non-securities. This allows for the avoidance of many taxes and less harsh regulations. If this bill is passed, that will be a huge win for the crypto community and will help pave the way for regulations of cryptocurrencies as a whole. We expect this bill to become modified; however, we are hopeful that it passes. With stablecoins at the forefront of US government regulation, we predict that blue chip cryptocurrencies such as Bitcoin and Ethereum are safer than stablecoins. If you are looking for a macro reason why crypto is trading so badly, it’s interest rates. The only good news is that the 5-year note yield (candle chart) has caught up to the bond market’s forecast for interest rates that compensate for inﬂation (orange line). So, short-term interest may be done going up, but long-term interest rates may go higher.

Bottom Line: Rising interest rates are the primary reason crypto topped this week. Keep US-5Y and US-10Y on your watch list. The latest U.S. Inﬂation numbers will be released on April 12, 2022.

Why Lossless Crypto (LSS) Could Be The Next To Explode