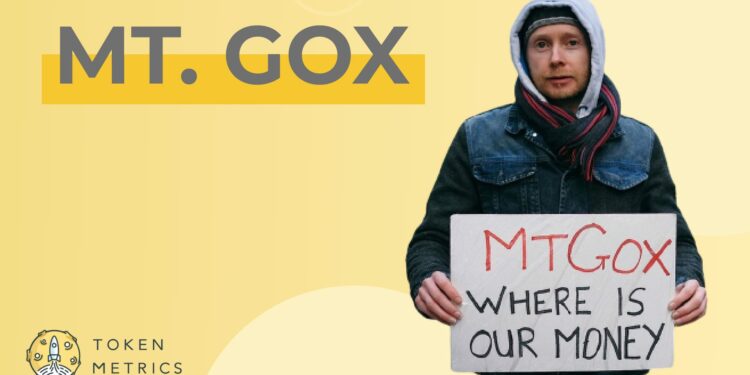 Welcome back everyone for our fourth installment of Chasing Bitcoin, our series on Bitcoin where we try to use its past to help predict the currency’s future. Bitcoin and the greater crypto market have experienced some volatility in the past few days, but Bitcoin historians know that this volatility is not par from the course for the asset. Two of the best examples of this occurred when China warned of its first crackdown on the cryptocurrency back in late 2013 and the infamous toppling of the Mt. Gox bitcoin exchange.

In December 2013, the People’s Bank of China (PBoC) issued a warning to Chinese citizens cautioning them about the risks of bitcoin and expressing their view that bitcoin is not a currency. This plummeted the price of bitcoin by nearly 20% overnight. For a few months, with no further news from the Chinese government, Chinese bitcoin firms returned to business as usual. Then in April 2014, exchanges like Huobi.com and BTC Trade informed the press that their bank accounts had been closed. Chinese news site Caixin reported at the time that in all the PBoC targeted 15 different bitcoin trading sites. Caixin disclosed that the firms’ banks were also being threatened should they keep the exchanges on as clients. While this China FUD was significant, it was overshadowed by one of the biggest black swan events in Bitcoin history.

The downfall of Mt. Gox may be the most bearish thing to happen to the Bitcoin network. It’s hard to overstate the importance of Mt. Gox to Bitcoin prior to its closure. The exchange processed over 70% of all bitcoin transactions between 2013 and early 2014! Gox traded some 150,000 bitcoin per day in their heyday. This made Gox’s undoing a calamity in the bitcoin market, crashing the price by nearly 40% in two months.

It all began in May 2013 when the US Department of Homeland Security (DHS) issued a warrant to seize funds from Mt. Gox’s subsidiary account, Dwolla, for operating an unregistered money transmitter in the US. From May to June 2013, the DHS collected over $5 million from the exchange. In June 2013 when Mt. Gox announced it would be suspending withdrawals into USD. In July, they claimed to resume USD withdrawals, but many users were still waiting for their funds come September. Gox later stated that this hiccup caused them to incur significant losses.

On February, 7 2014, Mt. Gox halted all bitcoin withdrawals claiming there was a “bug in the bitcoin software.” A few weeks later, a Coindesk poll of 3,000 Mt. Gox customers revealed that of those polled, 68% were still waiting on withdrawals from Mt. Gox and 21% of respondents had been waiting three months or more. On February 23 Mt. Gox CEO, Mark Karpéles, submitted his resignation from the board of the Bitcoin Foundation. The next day Mt. Gox announced it was suspending all trading and a few hours later their web page went completely blank. February 28, 2014 is when Mt. Gox officially filed for bankruptcy in its native nation of Japan claiming it has about $65 million in liabilities and only $33 million in assets. In March, the exchange filed for bankruptcy in the US. A leaked crisis management document later revealed that Mt. Gox had lost over 700,000 bitcoin in a theft that went unnoticed for years. Karpéles was arrested byJapan police and charged with fraud and embezzlement in 2015.

The Mt. Gox avalanche sent shockwaves through the crypto community rivaled by almost no event in the network’s history. Corruption, mismanagement, and ignorance caused millions of dollars of bitcoin to be lost forever and caused many users to lose faith in the system altogether. This is another blemish on Bitcoin’s resume, but with each blemish comes an opportunity to scrub out a stain. In our next edition of Chasing Bitcoin, we’ll discuss how Bitcoin got back in our good graces and how US regulators helped it do so.

What Drove Bitcoin’s Drop Below $60k?