The Two Musketeers, The Weekend War, And NFT LA | Navigator 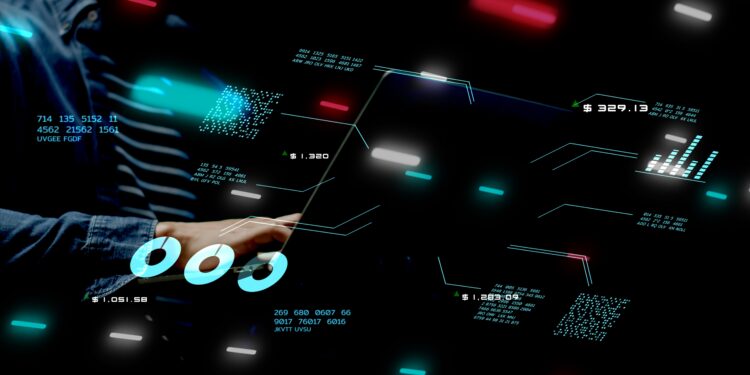 The Token Metrics Grade was able to identify momentum plays that played out well over the past week. The table below shows a few examples of top-rated coins on Thursday, March 24th, and how they performed up to Thursday, March 31st.

The graph below shows the Token Metrics grade in blue and the ZIL price in red. The next big move in the market should be led by three coins: Ethereum, Solana, and Avalanche. In Ethereum, $3,570 is a key level. If ETH gets above that level there could be a rally in the ﬁrst week of April. The key with these big altcoins is to ﬁnd support. The strongest support for ETH is likely at $3,250. We would expect that level to hold. Source: Symbolik
Data as of 04/02/2022 – Past performance not indicative of future returns

As you may have seen, Solana is ranked as the number one coin by the Token Metrics ranking system. What you may not know is that Solana has a resistance point at $140. If SOL can get above that level, it is realistic to think that SOL could move to $220 and $260. Those targets come from quantitative technical analysis created by Tom DeMark.

The Token metrics grade for SOL (blue) is still very high (near 90). Solana’s price may soon rally and “catch up” with the move in the grade.

Bottom Line: If Bitcoin consolidates in the range between $45,000 and $47,000, that could be an opportunity to get long ETH and SOL. We also want to raise the possibility that SOL could rally on its own even if the overall market goes sideways. Fear in early April may be a major opportunity to accumulate BTC, ETH, SOL, and altcoins that show up on Tokenmetrics.com.

It is no secret that the Russian economy has plunged in the past 2 months. This decline can be mainly attributed to Russia’s unprovoked invasion of Ukraine and the economic sanctions that followed in response to the invasion. Stock trading was suspended on February 25 and has only recently been reopened for trading. On March 7, the ruble hit an all-time low against the dollar at 160 RUB/USD (currently sitting at 84.50 RUB/USD).

sanctions on Russia were put in place to make Russian securities “untouchable” as a means of isolating the economy from any international investors potentially looking to capitalize on historically low prices.

On multiple occasions, stock forecasters have predicted a collapse of the Russian economy. Namely, the sovereign debt default of 1998, the Global Financial Crisis of 2008, and the annexation of Crimea in 2014. But there is a reasonable argument that this time will be diﬀerent and many Russian stocks will not recover.

In an article from bne IntelliNews, it was estimated that roughly $80 billion of foreign capital is locked up in Russian securities that are currently not tradable. It is estimated that this capital will be locked up for several years and fund managers are beginning to mark down their Russian assets to zero. It is unknown whether large U.S. institutions like Goldman Sachs and JPMorgan are still holding these securities but if they are, this kind of exposure presents a big risk to the U.S. economy, which is already in an unusually fragile state.

Bottom Line: There are still epic stressors in the legacy ﬁnancial system. Currently, this is beneﬁtting crypto. We continue to believe that bitcoin is a part of a new monetary order. This can result in a rally up until the release of the U.S. inﬂation numbers on April 12, 2022. Investors also need to be mindful that Putin’s best weapon against the West is to say and do things that roil ﬁnancial markets, particularly on weekends. Since crypto is the only market open on weekends, investors need to be aware of wild dips on weekends and euphoric relief rallies on Monday (if there is no bad news over the weekend). The release will happen in four stages, called “lineups,” with 180 players featured in each lineup for 720 current MLB players. Each lineup will consist of two drops, with each drop separated by two weeks. Drops will contain 60,000 packs, and every pack will hold ﬁve cards for $50.

Candy Digital and the MLB worked together during the 2021 MLB season, but the pair have decided to up the ante this season by releasing their most extensive NFT collection to date. The MLB ICON Leadoﬀ Series will feature 480,000 packs, amounting to 2.4 million cards.

Cards will feature MLB-licensed videos and vary in rarity between the core, uncommon, rare, epic, and legendary versions. Drops begin on April 12th at noon ET and last until about halfway through the season (for those not familiar with the MLB calendar the ﬁnal release is June 21st).

Revival of the reverence of baseball cards as collectibles appears to be the goal of Major League Baseball here. Physical print baseball cards featured stats from all the previous seasons played by a major leaguer, the ICON Leadoﬀ series will display stats updated daily for the player presented on the card.

Bottom Line: Despite being one of the oldest popular sports in America, baseball is quick to adopt and accept new technologies. This full embrace of NFTs and blockchain technology could lead to a domino eﬀect of other sports organizations making their trading card collectibles for their respective leagues.

Our Analysts Bill Noble and Jacob Koch-Gallup attended the NFT conference in Los Angeles this past week and after listening to many panelists, here are their key takeaways:

Yat Siu, founder of Animoca Brands believes that in the future, Universal Basic Income will become Universal Basic Equity because we are the creators of our equity. Instead of everyday employees working for a paycheck, they will be working for equity or ownership in the product they are creating. Siu sees in the next three months, an explosion of NFT projects making tokens due to the success of $APE coin and the emergence of AAA games in the blockchain gaming space. Siu believes that there is a misconception among Web2 video game players about monetizing in-game assets. Since Web2 video game players are so sick of microtransactions, they think that NFT assets will be similar, however, the gaming studios are already proﬁting from video game players. If major gaming studios like Rockstar Games, Activision Blizzard, Ubisoft, Tencent, etc. are making money, why shouldn’t the player proﬁt as well?

Raamayan Ananda, founder of web3 company VEME, shared his thoughts on the metaverse, NFTs, and DAOs. Ananda believes that a true metaverse does not exist yet; it is just an ideal of interconnectivity. He believes that companies are not building “metaverses,” they are building worlds that will one day connect to the metaverse. The metaverse allows for the portability of ownership and identities across systems and predicates a new way of thinking about economies, business, and the world. Ananda believes that many people misinterpret the value of NFTs. NFTs are legal contracts, not collectibles; when you add legal contracts to smart contracts, they become assets.

Ananda looks at the structure of businesses as follows: DAOs are the companies, NFTs are the assets, Tokens are the dividends, and People are the owners. Ananda foresees the real systemic shift from Web2 to Web3 is companies transitioning to DAOs.

Chip Zurita, Director of Game Systems Design at Star Atlas sees the metaverse as the digital manifestation of a nation state. The metaverse will be denominated in cryptocurrencies and governed by DAOs, or DAOs of DAOs. DAOs of DAOs will be organized in a similar hierarchical structure as current governments, such as the Nation, State, and Local hierarchy of the United States Government. Zurita thinks that the metaverse can become the next global superpower. He argues that if the metaverse takes 10% of the global labor market, it technically becomes a global superpower.

The Sandbox Board Member Mathieu Nouzareth shared his thoughts on blockchain gaming. Nouzareth stated that we as a people will look back 20 years from now and see 2021 & 2022 as deﬁning moments for NFTs and the Metaverse. He sees tension about projects becoming fully decentralized as it makes the user experience more diﬃcult.

Fully decentralized projects require their users to own and safely store their keys and passphrases, which is not intuitive, but fully safe. More centralized projects make it easier for the users but are less safe. He thinks that decentralization is a good thing for everybody, but projects just need to make it easier to onboard. Nouzareth stated that many people believe NFTs in gaming are just a “cash grab.” However, the only way to succeed in NFT Gaming is to work on the experience and on user retention. Once the project succeeds in creating a good experience for its players, then it is time to monetize. He reminded everyone that The Sandbox was an overnight success that took 10 years to make.