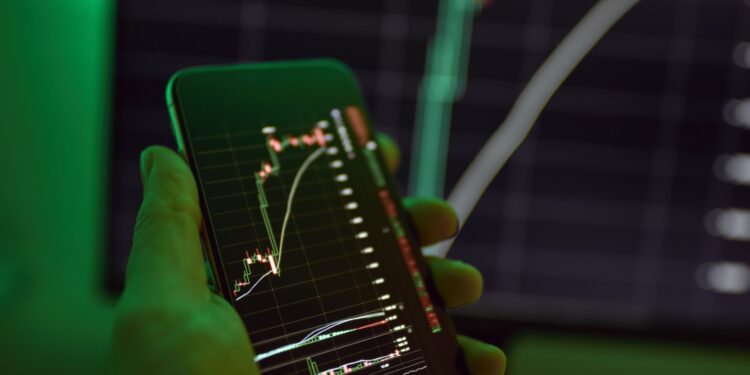 Friday’s breakdown has likely created a lot of pain for crypto investors. Let’s discuss basic risk management ﬁrst. When you evaluate your portfolio, be honest with yourself about the coins you may own. If you can both remember and still believe in a solid fundamental reason for owning the coin, then you can make one set of decisions. If the fundamental story has changed or you bought a good coin at a bad entry price, then perhaps you need to make an adjustment. Looking at the Ethereum chart, there is minor support at $2,750, but that point may not hold. There is strong support at $2,600. The strongest support may be at $2,440, a level that marked an initial dip in August before the Fall rally unfolded.

Looking at total crypto market capitalization, there’s support at $1.8 trillion. If that level does not hold, total market cap could lose another $500 billion and fall to $1.3 trillion. Any such event could create a very sharp down move in altcoins.

Technical developments in the U.S. stock market may make it diﬃcult to ﬁnd a bottom in crypto. The S&P (SPX) is currently trading below its 100-day moving average since May of 2020. In plain terms, that means SPX is a breakdown, and the downtrend in U.S. stocks may just be starting.

Bottom line: The crypto bear market makes it important to look at asset allocation. Bear markets require investors to be disciplined to cut losing trades and sell rallies if need be. This is not investment advice, but you don’t need investment advice anyway — it is a natural human instinct to protect your capital and your sanity.

On January 18th, 2022, Microsoft announced its acquisition of the major gaming studio Activision Blizzard for $68.7 billion, or $95 per share. Activision Blizzard boasts a collection of popular video games like “Warcraft,” “Diablo,” “Overwatch,” “Call of Duty,” and “Candy Crush.” Microsoft believes that this acquisition will help provide its building blocks for the metaverse.

The timing of this deal is not random. Only two months after Facebook rebranded itself to Meta, a number of companies started losing employees to Meta (Microsoft included). The Wall Street Journal reports that over the past year, over 100 Microsoft employees working on augmented reality left the company, and 40 of those employees are now working at Meta. So Microsoft is strengthening its metaverse arsenal to maintain talent.

Importantly, it seems that Microsoft rushed this deal. After seeing the broad network eﬀect Meta had by shifting its focus to the metaverse, Microsoft ﬁguratively said, “We have to get involved,” and FOMO’d its way into the largest all-cash acquisition ever.

Bottom line: Even if Microsoft FOMO’d into this deal, it may not be too late. Metaverses like Decentraland and the Sandbox are not quite at the level people think they are.

Decentraland is not unlike a buggy ghost town with very little developed land and some NFT art galleries here and there. The metaverse that we all envision might be some years away, giving Microsoft time to continue building up its arsenal. Bored Ape Yacht Club: The Corporate Ticket Into The Metaverse

This may not be so hard to believe, but Bored Ape Yacht Club (BAYC) NFTs have been (and will probably continue to be) the corporate ticket into the metaverse. Major corporations like Adidas and Universal Music Group are looking to gain market share in the crypto and blockchain realm, so they have purchased BAYC NFTs as their starting point.

If corporations have to FOMO into Bored Apes in order to be in the metaverse, what Apes will they be purchasing? There are 10,000 diﬀerent BAYC NFTs, but there are 254 that we believe are most attractive to major corporations. These 254 apes only have four character traits. Not only are these the rarest by comparison to the number of traits, but also this means that these Apes have the most straightforward look (fewer baseball caps and nose rings, more straightforward “monkey” appearance). This will allow for brands to incorporate the BAYC into their style without having to worry about the ape being too visually busy.

Bottom line: Bored Ape Yacht Club NFTs might not remain the choice entry ticket into the metaverse for corporate brands, but we will continue to see corporations make bold entrances into this space in a bid to be accepted and remain relevant.

A DAO That Promises To Make You Live Longer?!

VitaDAO claims to be the world’s ﬁrst decentralized intellectual property collective. Its mission is to extend the human lifespan through decentralized drug research and development. VitaDAO believes that the biopharma industry severely lacks early-stage funding and that R&D is currently expensive and siloed due to the way IP business models incentivize monopolization here. To combat this, VitaDAO collectively funds and digitizes research in the form of IP-NFTs.

So far, it has amassed more than $9 million in treasury funds and more than $1.5 million in funded longevity research by more than 30 research projects. Since it is a DAO, users can vote and govern the project without a central entity involved. There is currently a vote on whether or not to bridge $VITA to Polygon and Gnosis Chain as Ethereum’s main net fees continue to be costly.

Bottom line: We love Web3 innovation that has the potential to impact our lives for the better. Whether it is a DAO that is gathering funds to research how to make us live longer or an NFT project that pledges to plant millions of trees, we are all for it. NFTs were on the minds of multiple tech giants this week. Within 24 hours of each other, Twitter and Meta both indicated diﬀerent NFT implementations in their services. Twitter released its NFT veriﬁcation feature to users on its Twitter Blue monthly subscription service, and The Financial Times reported that Facebook and Instagram would be adding NFT services to their platforms.

iOS users subscribed to Twitter Blue can connect their Ethereum wallets to their accounts and prove ownership of their NFTs. Owners are recognized by the shape of the proﬁle picture — instead of the usual circular shape, Blue subscribers will have NFTs within hexagons, as shown in the screenshot below. There will also be a collections tab for these users where their followers can view the other NFTs they own. Instagram and Facebook will oﬀer a similar veriﬁcation service in addition to other services. Reports say that the social media giants are looking into ways for users to mint NFTs on the platforms and possibly add NFT marketplaces where users could buy and sell their digital assets. Meta shared that they are in the early stages of this project, and aspects of the plan could change.

Watching Meta and Twitter battle over the NFT space is fascinating. Twitter ﬁrst announced plans for their new functionality in September, which means Meta’s new features could be months away. The ﬁrst-mover advantage is Twitter’s, but it will be interesting to see Facebook and Instagram try to close the gap.

Bottom Line: NFTs are here in a big way. There are 4.6 billion monthly active users between the three platforms discussed here. Users will have no choice but to see their friends’ NFTs and possibly have the opportunity to buy these assets in-app, further expanding the already rapidly growing industry. We do not expect corporate adoption to slow down after these announcements either.

True Confessions of a KuCoin Trader

Real talk: I follow the same market you do, so I feel your pain out there, my fellow anon. We’ve all watched BTC price slip from all-time highs to this gross sub-$40k territory, and we’ve all seen our favorite altcoins take their lumps lately, so we’re predictably seeing people getting a little raw and chapped. Isn’t this supposed to be magical number-go-up technology? Why aren’t we ﬁnancially independent yet?

It’s probably a good time to talk about my personal approach to risk management. I’m not even talking about esoteric instruments for hedging your investments — it’s much more basic than that. I am only playing this market with money that I can aﬀord to lose completely. While I don’t expect any of my positions to go completely to zero, the simple truth is that I could continue living my life uninterrupted if that should somehow happen.

I have enough money in the market to enjoy any upside as it comes, but not enough skin in the game so that I’m wrecked if the whole thing melts down. Basic risk management doesn’t require understanding shorts and the futures market. It just calls for knowing your limits and making sure you’ve still got rent money left.

It’s times like these that it’s good to pay attention to what various thought leaders, inﬂuencers, and mentors are saying. Who’s remaining positive and emotionally detached from the (mostly negative) charts and numbers? By comparison, who’s whipped up into a panicked frenzy and smashing the “sell” button? It’ll be diﬀerent strokes for diﬀerent folks, of course, but I’m mostly interested in making myself more like the emotionally detached crowd. I’m paying attention to the crowd that isn’t panicking and understands that markets move in cycles.

As I’ve mentioned in the past, my gut tells me that real life-changing money is made when you are slow and methodical. I don’t think there’s such a thing as a high-conviction day trade that can give you quit-your-job money within a few hours. Instead, count me much more interested in that Warren Buﬀett-style approach: time in the market versus timing the market.

Can’t wait to look back on a down-trending season like this one and laugh to myself and say, “Ah, I remember when…”