Are We Headed Towards a Global Recession? | Navigator 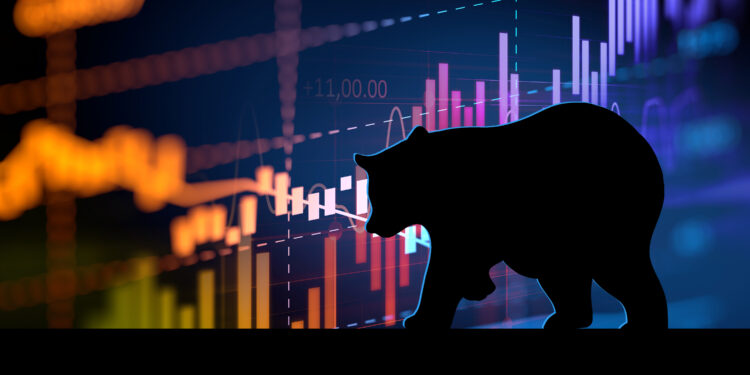 Are We Headed Towards a Global Recession? | Navigator

Although Russia’s global ﬁnancial footprint is limited but large in commodities markets, (especially if you add Ukraine to the mix), we have seen oil prices rise above their 2008 levels. Historically, the surge in oil prices beyond $100 signiﬁcantly increases the probability of a recession (see below). In the near term, this is unlikely to change for a few reasons: the renewable energy narrative led to under-investment in oil exploration globally, and shale producers in the US expect only a limited supply increase in 2022. OPEC has refused to raise production much and may lack the spare capacity to make up for Russian exports in the near term.

On top of all this, Russia and Ukraine also play key roles in wheat, fertilizers, and other commodities markets. Given the global nature of the economies and market, price correlations across diﬀerent commodities would make the current Ukraine conflict a generalized commodities price shock, not just an oil price shock. We are already seeing signs of this as all commodities prices are up. Why would commodity price shock lead to global recession?

Given the wild price moves, we will see partial demand destruction as some consumers within these economies might not aﬀord current prices. This means reduced output and slow growth. Second, assuming the price inelasticity of some commodities (I will consume bread at $2 or $5 and not starve) would accelerate inﬂation — in the bigger picture, this means loss of income in a budgetary sense.

For exporters of commodities, higher income from the favorable terms of trade shock can add to inﬂationary pressures within the economy.

Higher military spending among NATO’s European states will increase demand for oil, natural gas, base metals, and steel. This will stress already-tight inventories and consequently lead to higher prices, magnifying the above.

Typically, if a central bank expects the shock to be temporary or transitory, they would let the shock pass through the economy without drastic action. But since inﬂation is above target in most countries (mainly due to the reopening of the economy after the pandemic: pent-up demand) and will now increase further due to the current commodity shock.

These are the scenarios where the risk of expectations de-anchoring rises substantially.

What Strategy Can You Create with this Research?

I often don’t try to time the market or comment about macro conditions. But since I have previously worked as a global macro research analyst and experienced a boom-bust cycle ﬁrst in Pakistan, I had to drop out of my Master’s program at Cambridge University as I couldn’t aﬀord tuition fees (40% currency depreciation in 3 weeks). I do become cautious, however.

My general observation with investment in equities and crypto has been that “winner keeps on winning.” I will be DCA-ing into quality projects that I put hard yards in building conviction and doing in-depth research.

Apart from the usual suspect BTC (atm v bullish) and ETH – other projects include AVAX, NEAR, ATOM, SOL, LUNA, LINK, and MATIC. These names might not give me 100x ROI, but I believe the project will provide me with the broadest index level exposure to crypto and will most likely exist after the crisis.

In these times, it’s okay to have beta exposure rather than burn yourself chasing alpha.

Hopefully Not, But All Signs Point to Yes.

With the recent inﬂation announcement for February 2022 coming in at 7.9% (the highest in 40 years), Goldman Sachs economists have updated their forecast of a U.S. recession coming within the next year to 35%.

In a widely cited piece written by Zoltan Pozsar, Global Head of Short-Term Interest Rate Strategy at Credit Suisse, stated that “we could be looking at the early stages of a classic liquidity crisis.” Poszar states that just as Triple-A-rated mortgage bonds were used as collateral for short-term funding before the 2008 ﬁnancial crisis, commodities have been used to secure ﬁnancing that is now being stressed due to Russia’s invasion of Ukraine driving up the prices of many commodities. If there is a shortage of commodities or defaults on deliveries of commodities because of sanctions, that could create issues with people who lend money against the value of the commodity. Knowing somebody may have lost a lot of money without knowing exactly who it is, creates toxic uncertainty for markets.

An economy is an incredibly complex machine, and consistently predicting economic recessions is a near-impossible task. Right now, everyone is surrounded by uncertainty and speculative asset prices are going up and down in response to any event. Everyone is trying to analyze information, but it is impossible to come up with sound answers because new variables are being introduced every day. The best we can do is to take all of the relevant information we have and make informed decisions that will lead to positive returns in the long run (NFA).

Bottom Line: There are many variables and historical data that is pointing toward economic recession within the next year. Although there may be significant downside in the near to mid-term, this creates a lucrative long-term opportunity to DCA into crypto and other assets that have been on your watchlist (NFA).

Visa, Mastercard, and American Express were among the ﬁrst and largest credit card issuers to announce that they would be suspending services and operations in Russia. Each of their oﬃcial statements was released within one day of each other. This announcement is extremely signiﬁcant because Visa and Mastercard alone make up roughly 90% of credit and debit payments in the world, outside of China.

The Central Bank of Russia has already begun downplaying the situation stating that all Visa and Mastercard bank cards issued by Russian banks would continue to operate normally on Russian territory. This is due to a national payment system created by the Central Bank of Russia, known as the National Payment Card System (NSPK), which uses the “Mir” local payment card to facilitate domestic transactions. This system was in the works for decades but was oﬃcially established in July 2014 following Russia’s invasion of Crimea, which saw economic and ﬁnancial sanctions imposed on Russian individuals and businesses.

To help alleviate the pain felt by its citizens, Russian banks are in discussions of oﬀering card services through China’s UnionPay, a payment network that allows Chinese citizens to transact domestically and internationally. So far, Sberbank (Russia’s largest bank), Alfa-Bank, and Tinkoﬀ Bank are all moving forward with their plans to oﬀer UnionPay to their customers. UnionPay would allow Russians to access ﬁnancial services in roughly 180 countries, according to the UnionPay website.

Bottom line: More and more companies around the world are complying with sanctions or voluntarily ceasing operations in Russia. These sanctions are doing their part in hindering the Russian economy. But this situation further strengthens the argument for cryptocurrencies because they are censorship-resistant and individual citizens cannot be punished for the decisions made by their governments.

U.S. President Joe Biden recently signed an Executive Order directing various government agencies to study the beneﬁts and risks of digital assets for our economy, as well as our global competitiveness to provide legislature recommendations. The United

States want to be a global leader in the digital asset industry and want to ensure the mitigation of illegal and illicit activity.

Although much of what is said in the Executive Order is bullish for the crypto community, it mentions nothing about decentralization (the cornerstone of cryptocurrency and blockchain technology). One of the major arguments for cryptocurrency is that it removes the need for any third-party intermediary to facilitate transactions of any kind, so it is no surprise that governments would be against this fundamental principle. Because of this omission of decentralization from the Executive Order, it is hard to believe that regulators will place much emphasis on open, permissionless, and private technology.

One of the widely talked about topics is the issuance of a central bank digital currency (CBDC) and how it would interact with other stable coins and privately-issued crypto assets. A world with CBDCs is likely imminent and will provide users with a means of transacting with a digital version of their country’s currency. There are many positives that come with this including increased security, transferability, convenience, and accessibility to funds. But it must be noted that a CBDC comes with a major implication for the average user: loss of privacy and anonymity, given that central banks will likely have a record of the details of all digital transactions.

This executive order is a great sign for the crypto industry as a whole because it validates the government’s understanding of the use cases and long-term potential of crypto assets and blockchain technology. But the omission of decentralization and the implications of a CBDC are topics that should not be taken lightly.

U.S. Representative Tom Emmer does a great job breaking down the executive order in its entirety here.

Bottom line: Many of the points made in the executive order are very bullish for crypto and blockchain innovation, but investors should also focus on what was left out or speciﬁcally not mentioned in the documents.