What is Web 3.0? Everything You Need to Know

Being around for 3 decades, the internet has gone through multiple stages of evolution. With each evolution comes new tools and applications relevant to modern-day users, leading us to Web 3.0. The first generation of the web is called Web 1.0. As the earliest version of the internet, it is known as the “read-only web”. As its name implies, web users can look up facts and information and read upon it. Websites were basic and had very limited functions.

When it comes to  Web 1.0, there is a lack of interactions that takes place between online internet content and internet users. Sites are not interactive and there are no contributions, alterations, or impacts that can be made by the average website visitor. Most common from the 1990s to 2005, Web 1.0 connected information with users.

This lack of interaction made Web 1.0 flat and stationary. As the name suggests, “the read-only Web” lacks the forms, visuals, controls, and interactivity we enjoy on today’s Internet. The developers of Web 1.0 sites typically build their sites and develop in text or graphic format. Static websites and personal sites would be considered part of Web 1.0. Unlike today where many websites aim for high traffic and user return rates, content distributed on Web 1.0 may be useful but does not give people a reason to return.

Web 3.0 is the next evolution of the internet- the future of the web. It is known as the Semantic Web, made up of a mesh of data that can only be processed by machines. The whole purpose of Web 3.0 is structured data available on the Internet. It can be seen as an extension of the current World Wide Web we have and it is represented by data and databases linked globally.

Web 3.0 – The Next Stage Of The Internet

The next stages of the internet will be on public blockchains. Blockchains are distributed databases, shared among a number of computer networks. Web 3.0 is decentralized, meaning there is no ‘central authority’. How is this possible? Because with Web 3.0, information is stored in multiple locations concurrently.  Additionally, being trustless and permissionless, anybody can interact with the web without permission from a middleman. Trustless data is also gives users the freedom to interact with the web privately or publicly without having to put their trust in a middleman.

With Web 3.0, individuals finally have the ability to own and govern parts of the internet, rather than rely on powerhouses such as Google or Facebook to access the internet. As users navigate Web 2.0 and 3.0, it can be difficult to tell the difference between the two as both Web 2.0 and 3.0 have similar looks and feel. However, the back-end is vastly different. Made up of Artificial Intelligence and Machine Learning with a combination of Natural Language Processing, a computer that uses Web 3.0 over time becomes smarter and more responsive to user needs. As participation does not require approval from a governing body, Web 3.0 is also permissionless.

Web 3.0 is quite new and we have not even gotten close to unlocking its full potential. Characteristics of Web 3.0 are already in blockchain games, the Metaverse, and decentralized finance. In short, Web 3.0 allows lets users interact, exchange information, and securely facilitate different types of transactions without a centralized body, resulting in Web 3.0 users becoming content owners rather than just content users.

As you probably know, the perspective of a more transparent Web related to 2006. However, modern technologies and tools hadn’t emerged and weren’t available for it to take place. Bitcoin was invented to introduce a new concept, which has a dramatic effect on our world. Introducing the distributed ledger, or blockchain technology for peer-to-peer digital storage. Decentralization will be human’s future. What we now have is the ‘Human-Centered Internet. Let’s learn the key benefits which Web 3.0 offers to humans.

1. Ownership of Information and Data

In Web 3, control and access to information and data are returned to users. In other words, the users will regain and obtain complete ownership and control of their data and information, meanwhile, they have the security of encryption. Information could then be shared on permission/need or case-by-case basis. Currently, large organizations like Facebook, Instagram, and Amazon have servers that store personal information of users, interests, preferences, etc. This is where Decentralization comes to solve these kinds of centralized internet problems. Although these companies collected data and information to enhance their services, the data is sold to advertisers and marketers who pay billions of dollars every year.

One of the foremost benefits of Web 3.0 is the transformation towards being able to access the data and information from anywhere just using your smartphone or computer. The idea is to make sure users about access to information as much as possible from anywhere in the world. The technology aims to expand the idea in ways that allow devices to collect user data and let smartphones access data on your computer.

3. Elimination of the Centralization

As we mentioned before, we are using Human-centered internet services. However, the blockchains like Ethereum provide a trusted platform in which the data is fully encrypted, the rules are unbreakable and the most significant factor is that these platforms are decentralized and data couldn’t be modified. Hence, the intermediaries are eliminated from the equation. Thanks to blockchain technology and web 3.0, companies like Apple and Google will no longer be able to control user data. In addition, no Government or entity will have the ability to terminate services and sites, also no individual can control the identities of others.

Anybody can create an address and interact with the blockchain network with complete privacy and security. Everybody can use blockchain services without any KYC or other permissions that could be required in the real world. The authority to access permissionless blockchains cannot be overstated. The addresses or accounts of users will not be blocked, closed, or restricted on account of their income, geography, orientation, gender, or a series of other demographical and sociological factors. Digital assets and wealth can be transferred efficiently, quickly, securely, cross-border, anywhere globally without wasting time.

The suspension of accounts and denial of distributed services are reduced dramatically. Since there is no single point of failure, the service disruption will be a bare minimum. The data will be encrypted and stored on the distributed nodes to ensure redundancy, and multiple backups will prevent seizure or server failure. Also, no one could edit, modify or change the information and data that are recorded on the blockchain. You will have access to your data for a lifetime.

As mentioned above, there are many exciting ideas that can come with Web 3.0. The power of blockchain technology and Web 3.0 brings unprecedented abilities that were not possible over a decade ago. These features bring a sense of relief as we can escape from being controlled by a single entity. However, we all know that grass isn’t always greener on the other side. These are certainly downsides that also come with this technology. Here are some key disadvantages we find with the introduction of blockchain technology and web 3.0.

The power to run Web 3.0 technology on our devices will be more than ever. This means that our devices will be outdated in most advanced applications. For example, in order to experience virtual or augmented reality, it requires a headset that costs anywhere from $299 to over $1000. The idea of hosting an event with either VR or AR is exciting, especially during COVID when many lost the sense of seeing loved ones. However, it is not reasonable to have each individual purchase a headset for everyone in a given household.

Devices will not be the only aspect affected, it will also include current web 1.0 and web 2.0 websites. Many businesses will have to adapt to web 3.0 technology and its features to compete with newer web 3 companies. This could take away many platforms and websites we are accustomed to using.

The potential behind Web 3.0 has brought a new wave of hype to individuals. The idea of not being controlled by a centralized entity or organization is a noteworthy topic. In addition, being able to keep out big tech companies owning all your own data and information. However, is that fully feasible to accomplish? It’s worth mentioning and thinking about to keep our expectations at a reasonable level. There is no good that comes with spreading high expectations to friends and family when it could very well fall short.

The barrier to entry into web 3 applications is complicated for your average user. The various wallets, addresses, user interfaces, and experiences are a bit overwhelming for many wanting to enter the space. On top of that, even well-known features such as NFTs are found to be confusing to acquire or sell. This is mainly due to the age of these technologies and applications. As of right now, it serves as a disadvantage, but over time we can expect this to be more user-friendly.

As we move more to a digital landscape, the probability of someone getting hacked or scammed increases. We have seen this occur with NFT and DeFi projects in the space. These crimes can take forms such as clicking random links, downloading unknown information, phishing, and giveaway and imposter scams. Unfortunately, if any of these actions do occur, there are few solutions that can take place. This aspect alone causes many users to stay away from entering the space.

Blockchain technology has only been around for over a decade. Over the years, we have seen many mistakes and lessons learned take place. This will continue to occur as we experiment with new thoughts and ideas. Because it is fairly new, there brings an unknown factor that comes with breaking into unprecedented territories. Not fully understanding the magnitude and power of what we are getting ourselves into, but are taking a leap of faith to give economic empowerment to all.

In all, these are very exciting times for everyone in the space. We have come a long way from being able to just read, then to reading and writing, and now the ability to read, write and own. These technological advancements are ever-changing, bringing the possibilities of future ideas to the unimaginable.

We are only in the beginning stages of what is to come, there are only a few sectors involved in Web 3. It will only be a matter of time before it begins to break through into other industries. With everything else, there will always be pros and cons. We as individuals, have to determine whether or not the rewards exceed the risk. No matter which side you choose to be on, this is undoubtedly one of the biggest technology booms to ever take place in the history of the modern era.

To read our other articles about Web 3.0, click here.

I am a Marketing Intern at Token Metrics, an industry-leading cryptocurrency data, research, and ratings company. 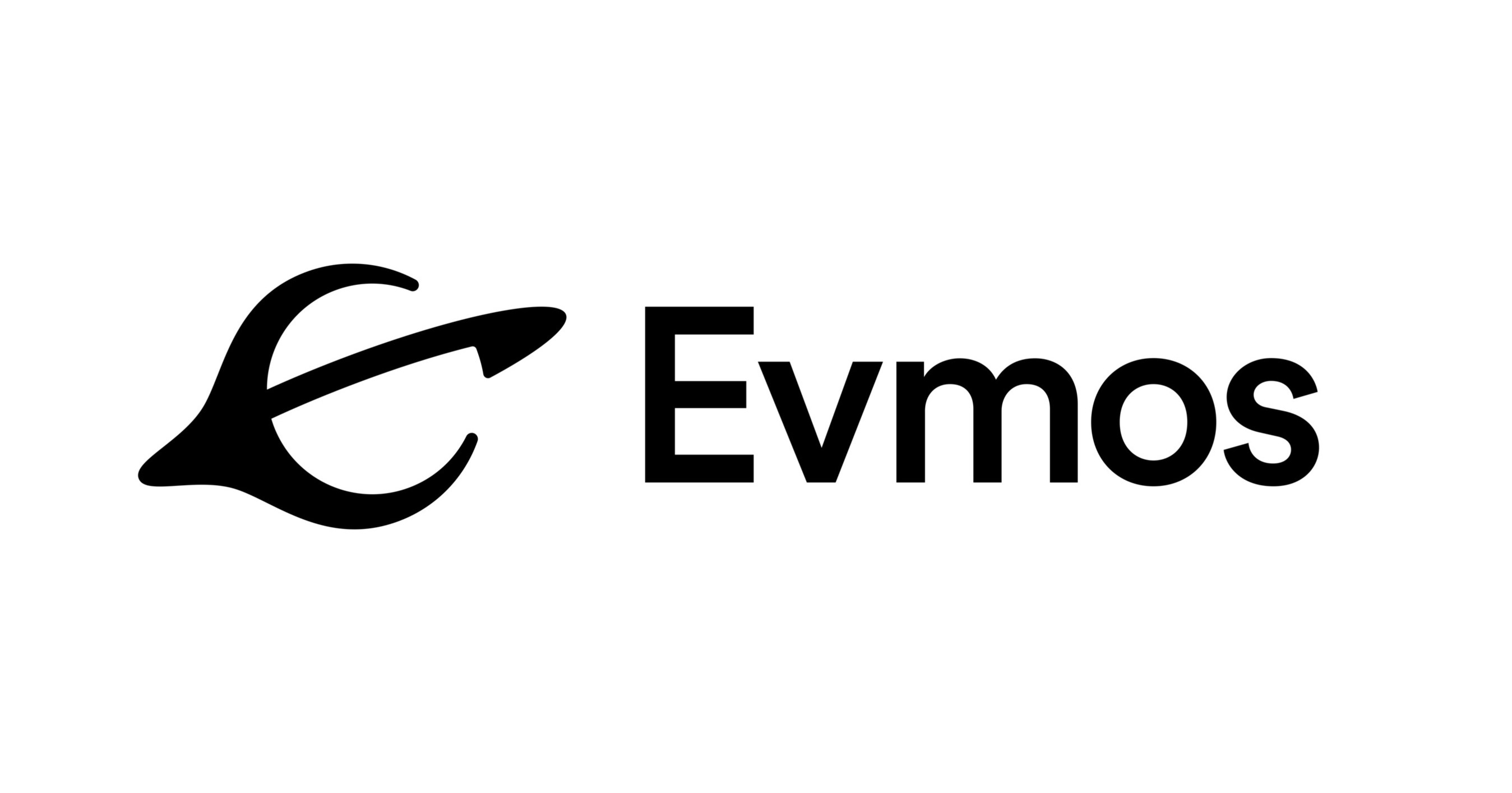 Bitcoin: Everything You Need To Know