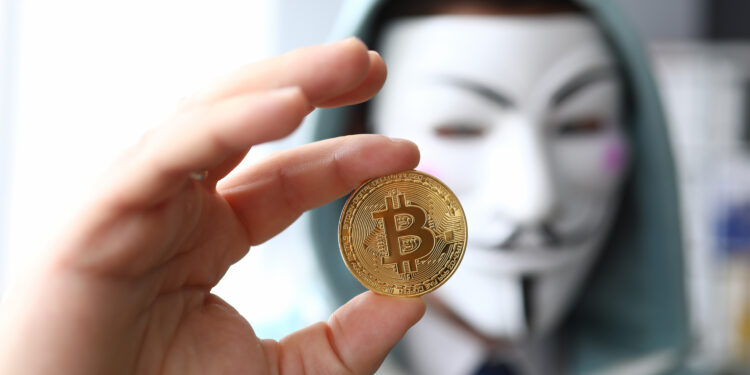 With your help, we have put together a guide to the Top 3 Privacy Coins of 2021, as voted upon by you.

The foundation of cryptocurrency lies in the idea that the power wielded by the big banks and government should transfer to the masses. Crypto aims to do this through the decentralization of the current monetary system. The ability for cryptocurrency to be decentralized is a result of its innovative Blockchain technology.

Blockchain serves as the building block necessary for all cryptocurrencies. Its design is to make a financial system that is both free and transparent while also creating enhanced security and privacy.

While almost all cryptocurrencies are used for decentralization, some coins take the concept of privacy further than others. These types of tokens form the category of crypto known as privacy coins.

Although it is not always portrayed this way in the media, cryptocurrency is quite transparent as most blockchain networks broadcast every transaction and wallet balance publicly. As a result, it is not a difficult task to track someone’s financial activity.

Privacy coins, by design,  make their user’s financial activity untraceable by focusing on their transactions’ ability to remain anonymous and undetectable. Privacy coins achieve these features through their use of encryption techniques and coin-mixing technology.

By being anonymous, your identity is no longer associated with your wallet and your specific transactions. Through being untraceable, outside parties are unable to piece together your financial activities.

Privacy coins serve as an innovative financial tool for people who want to redeem their right to absolute privacy control.

“Monero is one of the most intriguing crypto projects out there because there’s no misunderstanding its purpose: to make it as difficult as possible to tie a transaction to any individual person. This purpose makes it useful to a wide spectrum of humanity, from high-net-worth individuals to shadowy criminals and everyone in between. I’ve encountered one school of thought that says Monero is delivering on the promise that Bitcoin ultimately fell short of — anonymous and untraceable digital cash.” – Dylan Love, Host of Crypto Hot Seat, Token Metrics

In a dominating performance, Monero comes in as the top privacy coin with a little over 45% of the vote. This result is no surprise as Monero is widely considered the most popular privacy coin in circulation today.

Monero was initially launched as Bitmonero in April of 2014 with a foundation in four central tenets. The creators of Monero believe that their coin should focus on being secure, private, untraceable, and fungible. For the most part, Monero has been very successful in pursuing these ideals through its use of ring signatures, ring transactions, and stealth addresses.

Ring signatures and transactions allow Monero to mask both the sender and the amount of the funds transferred. The use of stealth addresses enables the receiver of the cryptocurrency to remain hidden.

While Monero is an exceedingly popular privacy coin, it may not be entirely as private as hoped. Though Monero still has better privacy protections than Bitcoin, a recent study from researchers at institutions such as Princeton, MIT, and Boston University has revealed that it is quite possible to extract information on individual transactions from Monero.

“Zcash was the first project to implement zk-SNARKs, a novel form of zero-knowledge cryptography that gives its users the most substantial privacy available in any digital currency. The Network also allows for fully transparent transactions and low-cost fees. As the blockchain ecosystem evolves, privacy will remain one of the essential services to daily users.” – Diego Lara, Partner, Token Metrics Ventures

Coming in 2nd place is the privacy coin known as Zcash. Zcash was launched in October of 2016 with a basis in the Zerocoin cryptocurrency protocol released in 2013. Specifically, Zcash is an implementation of the Zerocash protocol based on zk-SNARKS.

The full name of zk-SNARKS is Zero-Knowledge Succinct Non-Interactive Argument of Knowledge and is obviously quite a mouthful.

Essentially, zk-SNARKS allows users to confirm that a transaction is valid without revealing any details regarding the sender, receiver, or transaction amount.

Another unique feature of Zcash is that these enhanced privacy features are entirely optional for users. So, with Zcash, there are two types of trading: one that happens on the public ledger and one that keeps individual addresses masked.

After being narrowly edged out by Zcash, the privacy coin Tornado Cash arrives in 3rd place with just over 16% of the total vote. Launched in February of 2021, Tornado Cash was created off the same open-source research done by the Zcash team.

Tornado Cash is a non-custodial Ethereum and ERC-20 privacy solution based on zk-SNARKS that has the mission of being a fully decentralized protocol for private transactions on Ethereum.

The Tornado Cash project improves transaction privacy by breaking the on-chain link between the recipient and destination addresses. Tornado Cash can do this by using a smart contract that accepts ETH deposits that a different address can withdraw. Whenever the new address withdraws ETH, it becomes impossible to link the withdrawal to the deposit, ensuring complete privacy.

To break down this process further, users generate a secret and send its hash, which is called a commitment, along with the deposit amount to the Tornado smart contract. The contract accepts the deposit and adds the commitment to its list of deposits.

Later, when the user decides to make a withdrawal, they must provide proof that they possess a secret to an unspent commitment from the smart contract’s list of deposits zk-SNARKS technology allows this to happen without revealing which exact deposit corresponds to this secret.

“Verge was one of the earliest privacy coin projects, originally created in 2014 under the name DogeCoinDark and later rebranded to Verge. Verge makes transactions difficult to trace by obfuscating users’ IP addresses.” – Forrest Przbysz, Head of Research, Token Metrics

Despite being edged out by Tornado Cash, Verge is more than worthy of an honorable mention on the list of top privacy coins. Initially launched in 2014 under the name DogecoinDark, the project rebranded to Vechain in 2016.

Verge is an open-source privacy coin with a team of international developers who claim to offer completely anonymous transactions by concealing the location and IP address of the transaction participants. In order to do this, the project uses the anonymity tool Tor and an anonymous network layer L2P.

On Verge, transaction speed is estimated to be at 5 seconds due to the use of Simple Payment Verification (SPV) but what makes Verge truly special is the Core QT wallet. The Core QT wallet has built-in Tor integration and SSL encryption, which obfuscates users’ IP addresses.

Another added benefit of Verge is that, like Zcash, the enhanced privacy features are optional as users can switch between private and public ledgers on the Verge blockchain.

The Best Crypto Projects of 2021